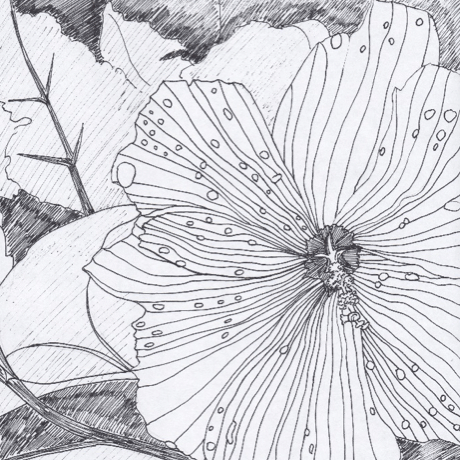 How do you tap into your creative muse? Whether you are a framer, artist, artisan, writer, or any other label from a host of creative possibilities, finding inspiration and passion can be elusive and downright frustrating. This blog looks at the challenges and roadblocks that are inevitable along a creative journey, and the discipline required to overcome them.

I belong to a closed artists’ Facebook group, and one of the members recently posted this quote:

“Nobody tells this to people who are beginners, I wish someone told me. All of us who do creative work, we get into it because we have good taste. But there is this gap. For the first couple years you make stuff, it’s just not that good. It’s trying to be good, it has potential, but it’s not. But your taste, the thing that got you into the game, is still killer. And your taste is why your work disappoints you. A lot of people never get past this phase, they quit. Most people I know who do interesting, creative work went through years of this. We know our work doesn’t have this special thing that we want it to have. We all go through this. And if you are just starting out or you are still in this phase, you gotta know its normal and the most important thing you can do is do a lot of work. Put yourself on a deadline so that every week you will finish one story. It is only by going through a volume of work that you will close that gap, and your work will be as good as your ambitions. And I took longer to figure out how to do this than anyone I’ve ever met. It’s gonna take awhile. It’s normal to take awhile. You’ve just gotta fight your way through.” – Ira Glass

It made me think about my own creative journey, and how recently I’ve heard my creative muse whispering, sometimes screaming, to make more time for art. Sure, I have a degree in fine art. Whether working as an Art Director at ad agencies or now as Senior Product Manager at Crescent, art has always been a supporting player in my career. I’ve been blessed to make a living while using my creative skills. But it’s now time for me to look within and rediscover art for my personal expression.

A 2009 study by University College London reports that it takes 66 days for a new activity to become habit. I wondered what it would take for art to become a habit in my life. More importantly, what would it take to become a ritual that I enjoyed and where I even thrived? I reached out to some of the artists I know and asked them about their creative rituals. Billy Tokyo, who works in large format oils and multi-media, shared the following creative kick-starters. “Draw for an hour in the morning, before you have the junk of the day in your way.” “Draw upside down once in a while, and draw standing up.”

The Point of Diminishing Returns

In the book, “Zig Zag: The Surprising Path to Greater Creativity”, author Keith Sawyer suggests that working on a creative project for more than four hours has diminishing returns. Two hours seems to be the sweet spot, according to Sawyer and confirmed by my artist friend Tokyo.

My goal was for 28 days to do a drawing every day in my sketchbook. I established the following rules: I could use a fine tip marker, or graphite pencil, but no rulers, no color and no paint. I kept an eraser on hand. I wanted to keep a sense of captured moments in time in this series.

Shameless plug for my sponsor here: as a Crescent employee, of course I’m using a RENDR® sketchbook. What I love about RENDR is that I can draw on both sides of the paper and no matter how dark or thick I lay down my strokes, they do not bleed through to the next page. This means I get more drawings in my book, and can use every surface.

I started out using a 2H pencil and noticed that it was too hard, too light, and was difficult to erase. I then switched to a 4B and was much happier and my pencil lines erased beautifully. I thought I would do some drawing using only pencil, but I really enjoyed doing a rough drawing with graphite and then adding the high contrast marker lines to finalize.

Choosing the best tools for one’s own creative process can be critical to the creative flow. There’s a great little film, “California Typewriter” that is a documentary portrait of artists who use the old-fashioned typewriter in their creative process. Musician John Mayer says the following about his creative process and why he prefers the typewriter over a computer:

“All stream of consciousness. And that’s the thing, I can’t get to stream of consciousness when I’m involved in my own editorial process as I’m trying to be a whacko. You know, I’m trying to be an absolute whack job when I’m typing, but it’s like, the typewriter doesn’t judge you, it just goes, right away, sir. Right away sir, however you want it to be.”

A few days into this project, I found myself filled with angst as I worried all day about what I would draw, and how I would find the time. I experimented with different times of the day and discovered that after dinner seemed to be the best time for me. On weekends and days that I did not work, leisurely morning hours were best. As the days went on, I found the angst start to fade and instead, a sense of anticipation for this quiet, introspective time. I also found my drawing style start to loosen up around Day Six as I became more confident in the process. My drawing also took on a more expressive character which I greatly preferred over the rigid, precise lines of earlier drawings. Artist Ellsworth Kelly, whose body of work includes fabulous gestural plant drawings, said the following, “I don’t labor over my drawings. I want to get freedom in the line”.

I’ll be the first to admit that I’m not pleased with every drawing in the series. Some days were more forced than others, and some of the drawings felt more contrived. Jeff Salyards, fantasy fiction author of the Bloodsounder’s Arc trilogy, shared the following about his creative process, “…I’ve given myself permission to suck. That might sound unduly harsh or negative, but even when inspiration strikes that initial draft is usually plagued by a host of issues that need to be worked through in revision after revision down the road. And if the muse doesn’t actually make a cameo, what appears on the page can be downright ugly. But I try to remind myself that getting the raw material is the hardest part, and that only happens by force of will. Shaping that material into something solid and strong, polishing it, making it pretty, that’s all for subsequent drafts. Lots and lots of drafts. The first effort could be tragically bad, might not resemble what I have brewing in my head at all, fall short in a thousand ways, and that’s OK. Because self-evident as it sounds, you can’t get to a second draft without having the first one”.

Did I become a better artist over the course of my 28-day exercise? Probably not. However, I did become more confident with my hand, my eyes, my stroke and control. And I definitely came to love the quiet, contemplative time I spent drawing. But probably most profoundly was how differently I viewed the world. I found myself observing the texture and composition of the scenes around me, imagining how I might translate what I saw into strokes and scribbles, lines and shadows in my sketchbook. While I was happy with my initial choice of limited mediums, by the end of the four-week exercise I was desperate for some color. I think I’ll need to crack out some paint or pastels next to get my color fix!

In a recent Huffington Post article about Flaming Lips band frontman Wayne Coyne, he is quoted as stating, “By being yourself, you attract other people that want to be themselves,” he said. “I think that’s the greatest lesson that we’ve learned. People will say to us, ‘Man, I saw you standing there doing your thing and it made me want to do my thing’… I really do love being a creative weirdo.”

Regardless of your creative journey, I encourage each of you to stick with it and find the time for the creative ritual. You’ll never know where your creativity will take you, or who you are inspiring along the way.

Please share your thoughts on how you nurture your creative muse and find creative inspiration.

One Reply to “CRESCENT CORNER: The Creative Journey – Finding Passion in Persistence”